Beer of the Month

You are here:
Review 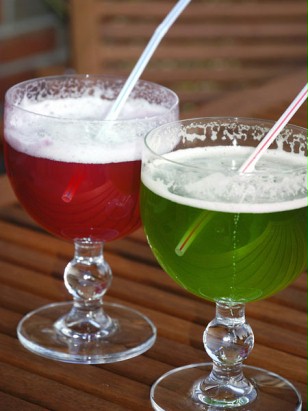 Beer of the Month

I always get asked what I miss from my time in Berlin and I never know what to say as I barely think of things I ate or drank back then as I am way too excited about things I am trying now. But now and then I come across something that makes me remember and one of these memories is the base of this Beer of the Month article.

Bradley’s Off-license is a treasure trove for wine & beer lovers alike as well as for discoveries of new artisan produce. When Michael (of Bradley’s) posted a photo of his latest addition to his selection of Irish craft beers my thoughts brought me back to Berlin in Summer when I would visit one of the many 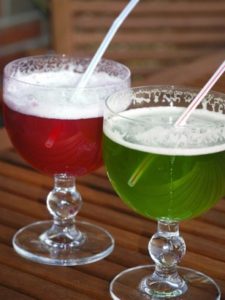 The two main breweries in Berlin at the time were Schultheiss (my dad’s favourite beer) and Berliner Kindl. My dad was deeply frustrated when both breweries merged and were later taken over by Dr. Oetker. So, for years, Berliner Weisse was only made in these two breweries but its popularity seems to have grown across the borders with more and more craft breweries trying their hand on the sour beer.

The original way of ordering and drinking Berliner Weisse was simply by stating if you wanted it served red or green (for the record, I loved the green version). Red was raspberry cordial while green was woodruff cordial (although it is called woodruff [German Waldmeister], no such thing has ever been used to make this cordial). You would get the beer served in big bowl shaped glasses and a straw (and yes, you would actually drink it through the straw). In the hot summers of Berlin, this beer was refreshing and beautiful. It was considered a girl’s drink – maybe due to the colours – but with 3.5% could go into your head quite quickly if you had too many of these. Checking up on Berliner Kindl’s website, they now offer ready mixed beers with the traditional raspberry and woodruff syrup and have added a new flavour of elderflower. 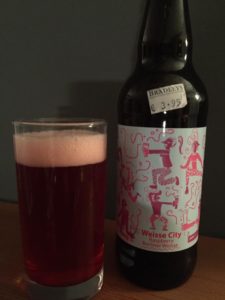 reason I am going on about Berliner Weisse is that Trouble Brewing has released their own version of the raspberry flavoured sour beer and it is available at Bradley’s. So, off I went and got myself a lovely bottle. Reading the notes of the beer, the brewer used raspberry puree rather than cordial and the result is quite tart. The raspberry flavour is coming through nicely enough but compared with my love for the original it is not sweet enough (I did mention that Berliner Weisse was considered a girl’s drink) but adding a tipple of extra cordial corrected the beer perfectly for me. Terence on the other hand wasn’t a fan of it – either before or after adding the extra cordial.

The beer is called Weisse City (White City) with 3.8% alc. vol. and is available for €3.95 for 500ml in Bradley’s in North Main Street. Will I buy it again? Maybe if I am in the mood for it but I am still hopeful that Bradley’s might import the original including the Waldmeister Syrup.

Disclaimer: I have not been paid to write this review and have paid for the beer myself.