You are here:
Recipe 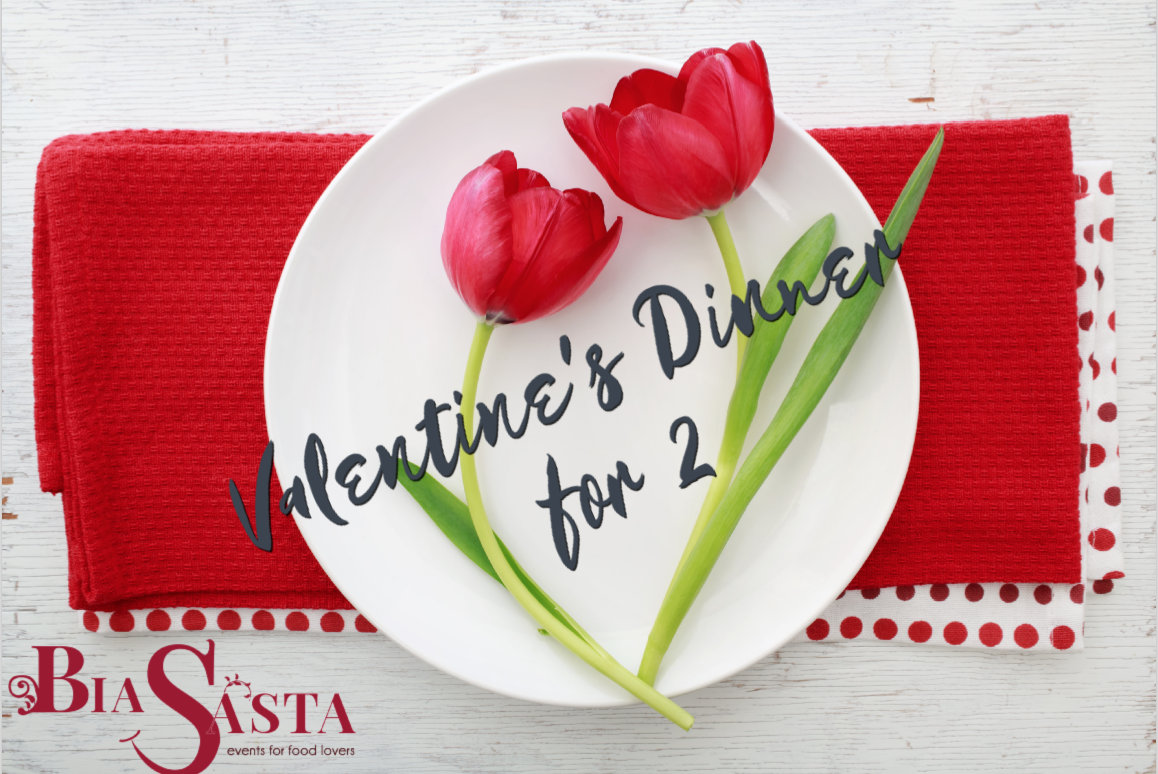 This Friday is Valentine’s Day and hordes of romantic couples will descend onto restaurants for an intimate meal. Although part of the celebration calendar since AD 496 as the Feast of Saint Valentine, it was only in the 14th century that it became associated with love and courtship. Giving flowers and sweets to express their affection to each other didn’t start before the 18th century and giving commercially produced cards rather than handwritten notes, only started in the 19th century.

Mr T and I don’t really go out on Valentine’s Day for several reasons: he doesn’t like restaurants (he is like a fish out of water) and what is romantic sitting in a room full of people. For a few years, Mr T took to the kitchen and cooked a three-course meal for us. He dressed the table with candles and flowers while I was sitting in the living room sipping away on a nice glass of champagne and listening to the frightening noises from my kitchen (he developed a very creative language when cooking).

The results have always been amazing although one year we had to eat a cheese tart for three days as he didn’t notice that the recipe was for eight people. I found that so wonderfully romantic that I would still love him cooking for me but the stress it caused him for the times he did it was too much and this year he mentioned that it might be a good idea to go out.

So here is my appeal to all the men out there -there is nothing more romantic than you cooking a beautiful meal for your wife, fiance or girlfriend. Let her sit in the living room with a glass of bubbly and prepare a nice meal, dress the table and enjoy a beautiful evening. What to cook, you ask? It doesn’t need to be fancy. And you are allowed to cheat if it helps.

Here is a very simple menu that everyone could cook: For starter – stuffed mushroom on a bed of salad leaves, pasta bake for main and for dessert a semolina pudding. All ingredients are available in normal supermarkets and each dish is ready in a jiffy (I have a post on my website for this Valentine’s dinner, pop over to biasasta.ie or Facebook). There is still enough time, go shopping this evening and don’t forget the bottle of bubbly and candles.

For a flower arrangement, take some glass jars, filled with water and arrange some greenery from the garden in it and top it with a few selected flowers from the shop – won’t break the bank and will look stunning. Another idea is to buy sprigs of different herbs and place them in a glass or mug. Then sit down, turn off the TV, put on some nice relaxing jazz and enjoy a wonderful evening.

My mum used to make semolina pudding when I was a child and it is still one of my to go to dessert if I have nothing else in the fridge. It is so easy to make that it is almost embarrassing.

Bring the milk with the sugar just to a soft boil, add the semolina and start stirring straight away. Reduce the heat and keep stirring until the semolina thickens (it will look like a thick soup but will stiffen when the mix cools). Divide into two bowls or glasses and top with poached blueberries (from frozen) and a dollop of softly whipped cream.

You have kids?? If you can’t find a babysitter for the night, involve them in the preparation and enjoy the evening as a family but make the meal special either way. Did I mention that there is nothing more romantic than a man cooking for a woman? Just hope that Mr T didn’t lose his street cred now that he has been outed. We might pop out for a quick pizza ourselves tho and there is nothing wrong with that either. Happy Valentine’s