The Food Writer Guild Ireland was established 30 years ago and is currently headed by Georgina Campbell. Members  include Mrs Myrtle Allen, Darina Allen, Ella McSweeney, Dianne Curtin, Dr Oliver Moore, Joe McNamee to name but a few. Each year, the guild honors the best of food producers and this year was a triumph for Cork Food Producers and I was proud as if I won the awards. 5 out of 6 awards were given to Cork producers which proves again that County Cork is an Artisan Food County. After the ceremony we were treated to an amazing 5 course lunch prepared by Derry Clark and his team using the winning produce. I was in heaven and was indeed very happy to have been given the recipes. The food in L’Ecrivain has always been outstanding and each visit (not as many as I would have liked) was as mesmerizing as the last one. At the Irish Food Writer’s Guild Awards, Derry Clark proved again that he is worth a Michelin Star or 2 (surely, the second can’t be far off). 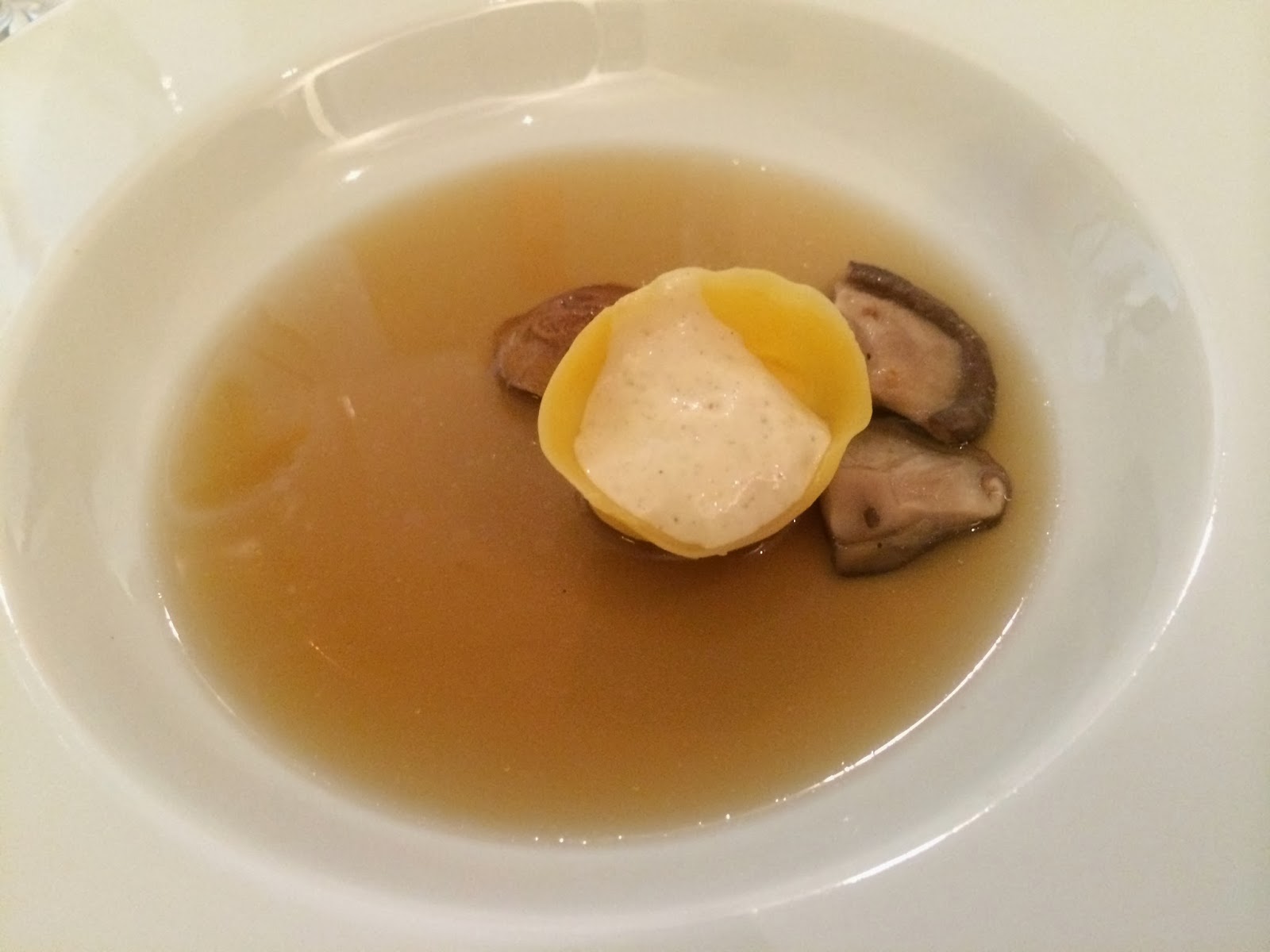 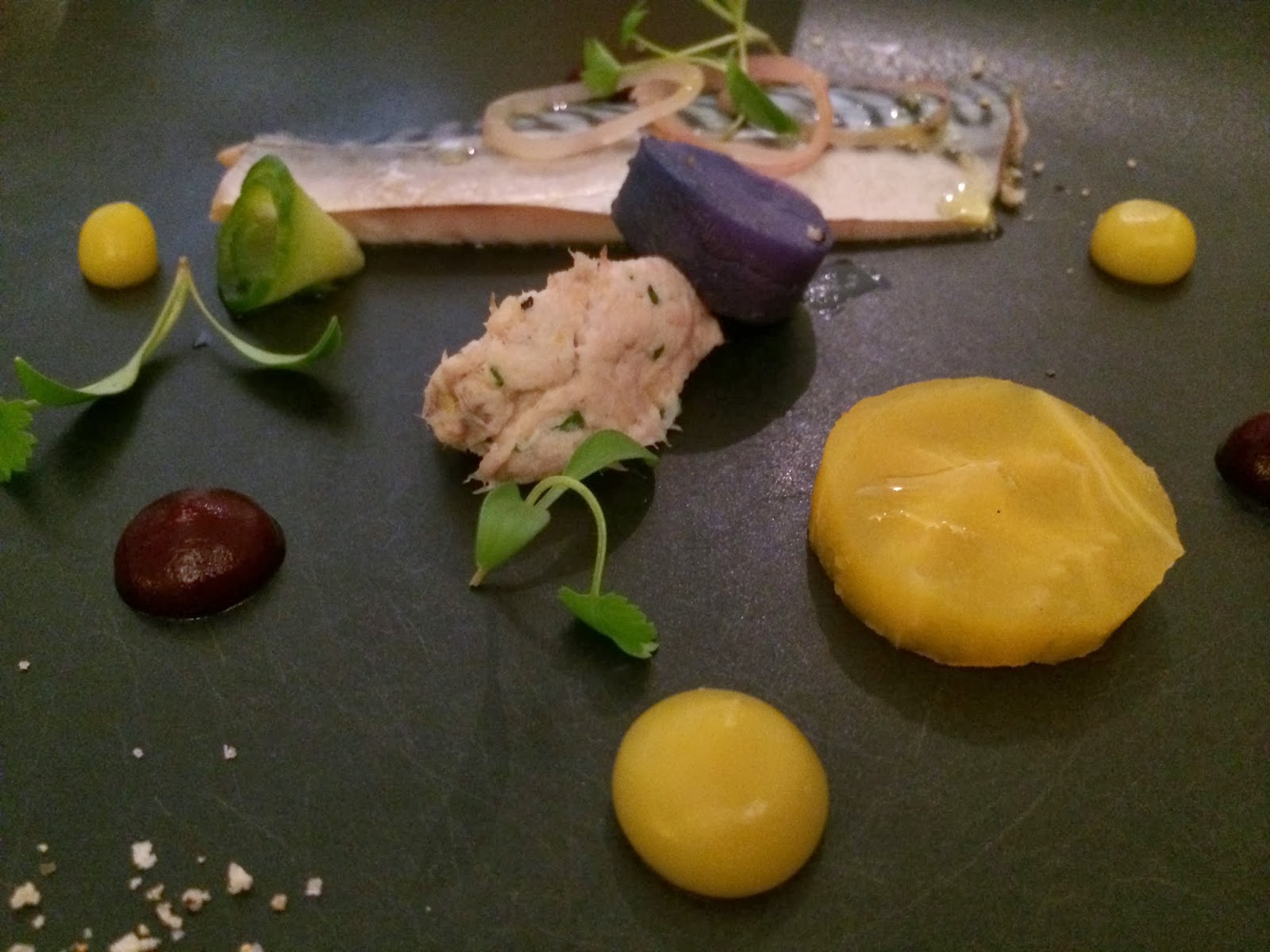 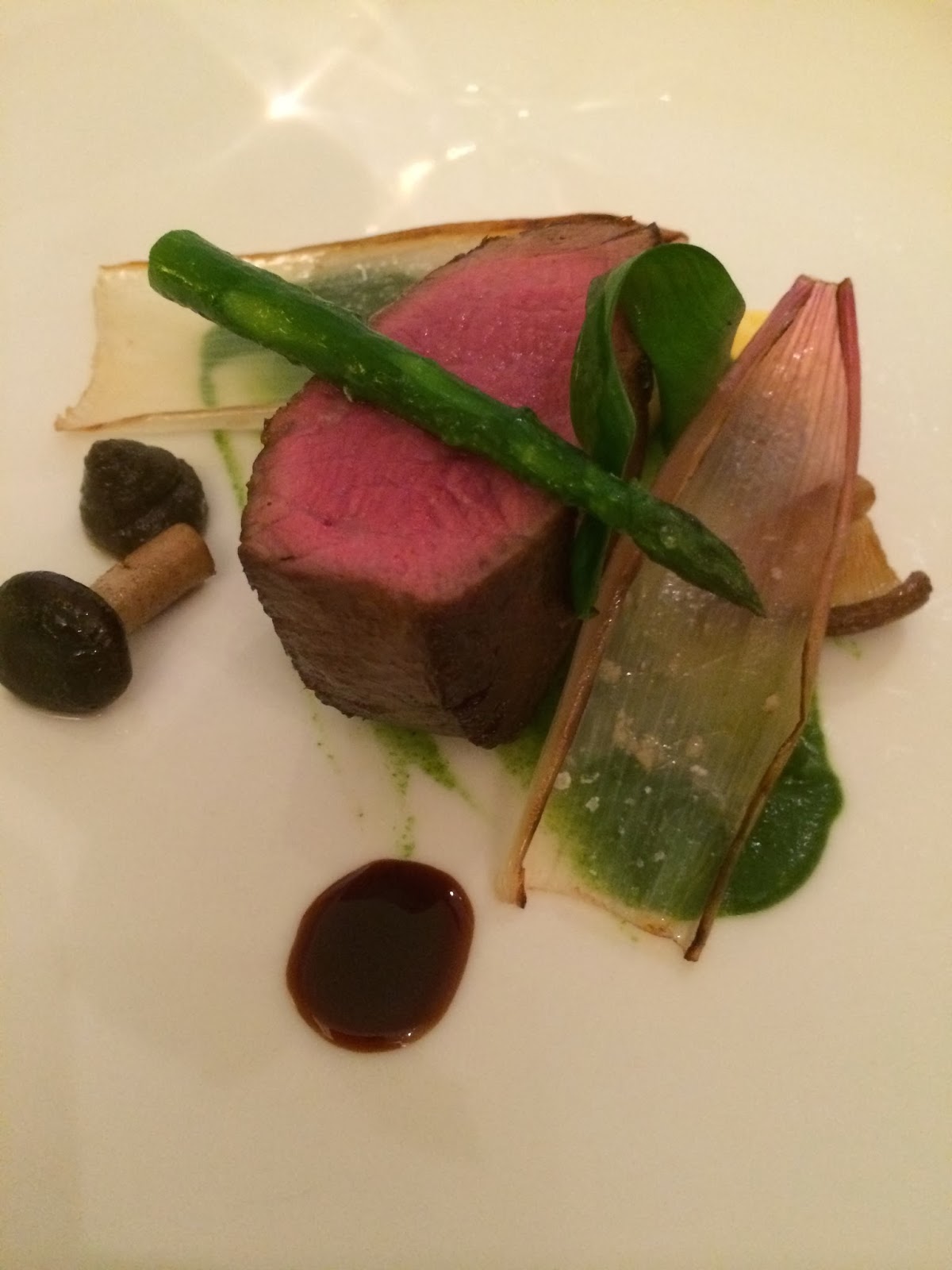 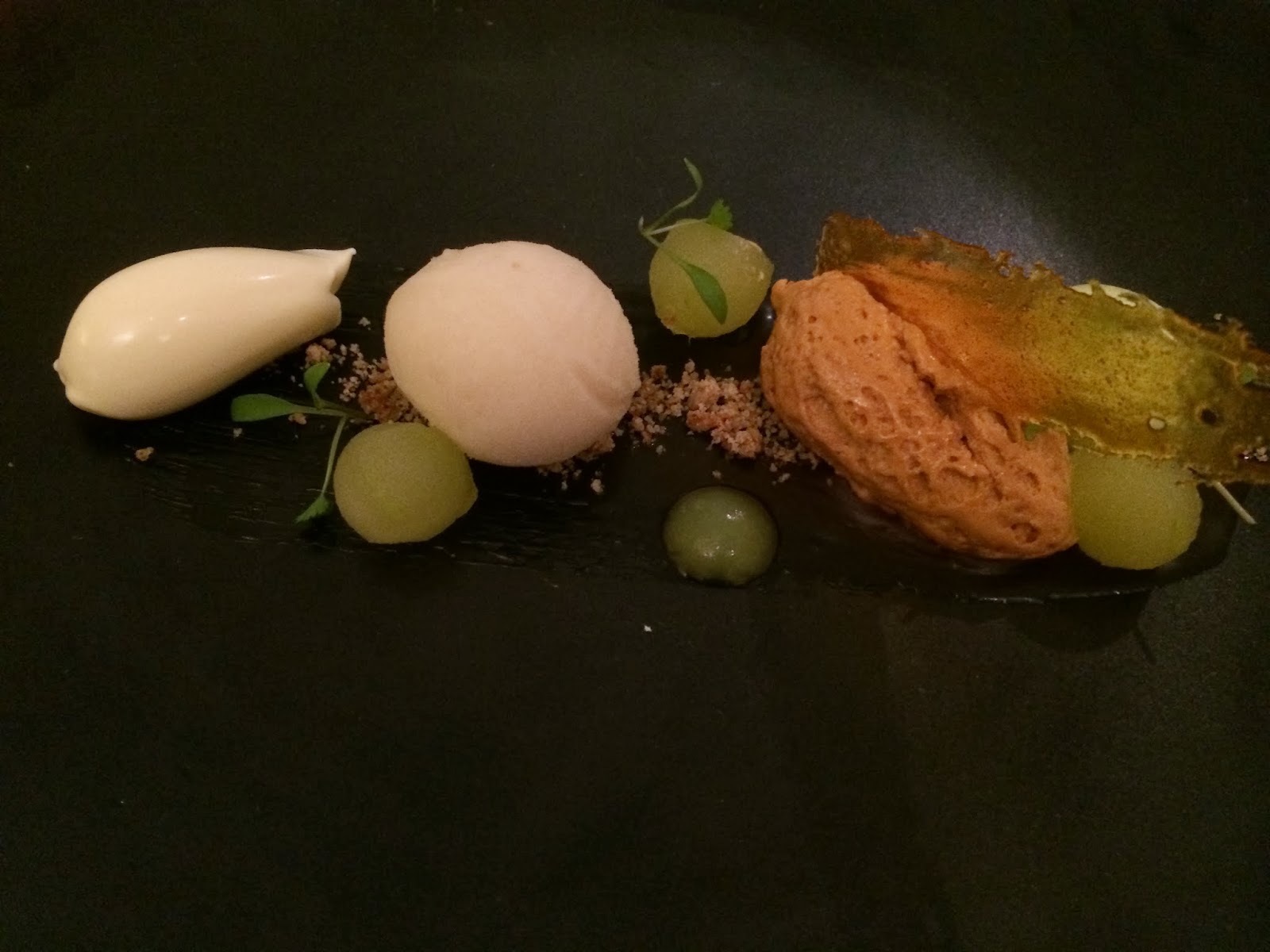 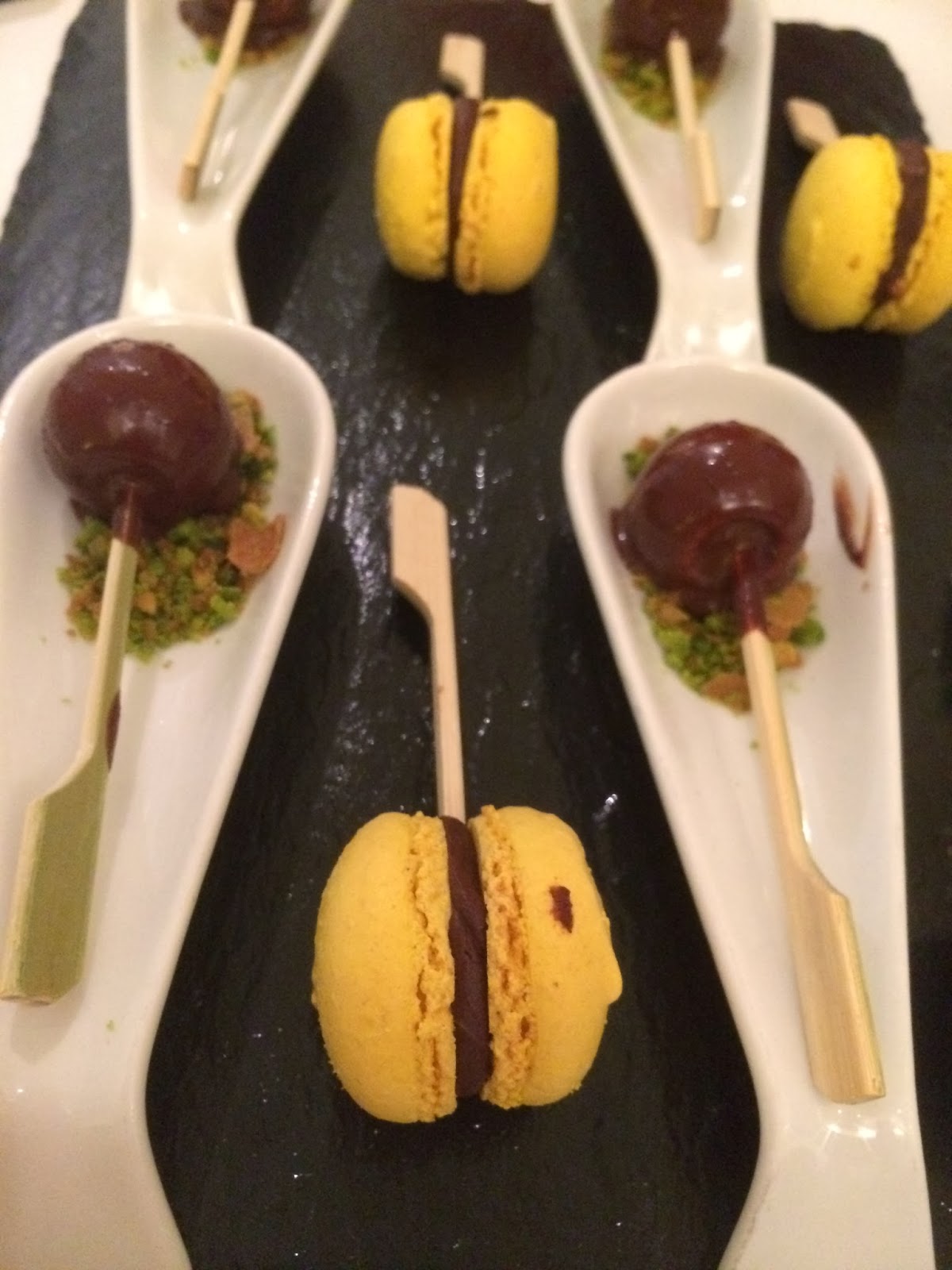 Ballyhoura Mushrooms – if you ever have been to Mahon Point Farmer’s Market or Midleton Farmer’s Market, then you will have come across Lucy and/or Mark who sell their fares each week. They grow the mushrooms as closest to nature’s way as possible but also forage quite a large part of their produce. To widen the range, they have added products like cep oil, marinated mushrooms and mushroom ketchup. This award is well deserved and I can’t wait to see what Lucy and Mark have up their sleeves with the new season of mushrooms

Stonewell Cider – Daniel and his team should be used to awards by now but the quality of his cider is simply amazing that each new award is well deserved. Last Christmas, Stonewell Cider, introduced a Mulled Cider which went down a treat and I begged him to continue producing this amazing cider and he promised he will (no need to thank me, I did it for the greater good) – Well Done to the whole crew of Stonewell Cider.

Coolea Farmhouse Cheese – he is the gentleman under the cheese makers of Ireland. A quite man with a big cheese. I am delighted that Dick Willems took the Food Writer’s Guild Food Award home. His cheese has won several awards already, taking home gold last year at the National Cheese Awards at Bloom Dublin. His son Dicky stepped into his father’s footsteps and they have gone from strength to strength. Congratulations to the Willems family.

Responsible Irish Fish – let’s face it, Ireland took the short straw when the fishing rights were given away but here is a company that wants to make us more aware of what fish we are eating. I had a lovely chat with one of the members (and I am not aware of his name – I must be getting old) about what we can do to increase the knowledge of consumers and chefs. Buy local is the main message but be responsible about it. A company worth watching. The prize was awarded for all the hard work these guys are doing for Irish fish.

Heritage Irish Potato Collection – ince the 1970s, David Langford has been collecting and growing heritage potatoes. In 2006, he teamed up with Dermot Carey, an experienced organic vegetable grower who was then gardener at Lissadell House in Co. Sligo. The horticultural skills, passion and hard work of David and Dermot have resulted in an amazing collection, grown and managed by them on an entirely voluntary basis. The collection has well over two hundred varieties including the Irish Apple (dating from 1768) and the Lumper (forever associated with Irish Potato Famines), as well as more recently developed varieties.It was announced on the night that Richard Corrigan who owns Virginia Park Hotel will house the Irish Heritage Potato Collection for the unforeseeable future.
Myrtle Allen received the Lifetime Achievement Award – on her 90th Birthday. She is a lady I have the highest respect for and who has achieved so much in her lifetime that this award is long overdue.
Congratulations to all winners – and with 5 Cork winners (6 if you count Mrs Allen) I am proud as Oscar.
Category: General Foodie NewsBy Bia SastaMarch 13, 2014Leave a comment
Share this post
Share on FacebookShare on Facebook TweetShare on Twitter Pin itShare on Pinterest Share on LinkedInShare on LinkedIn