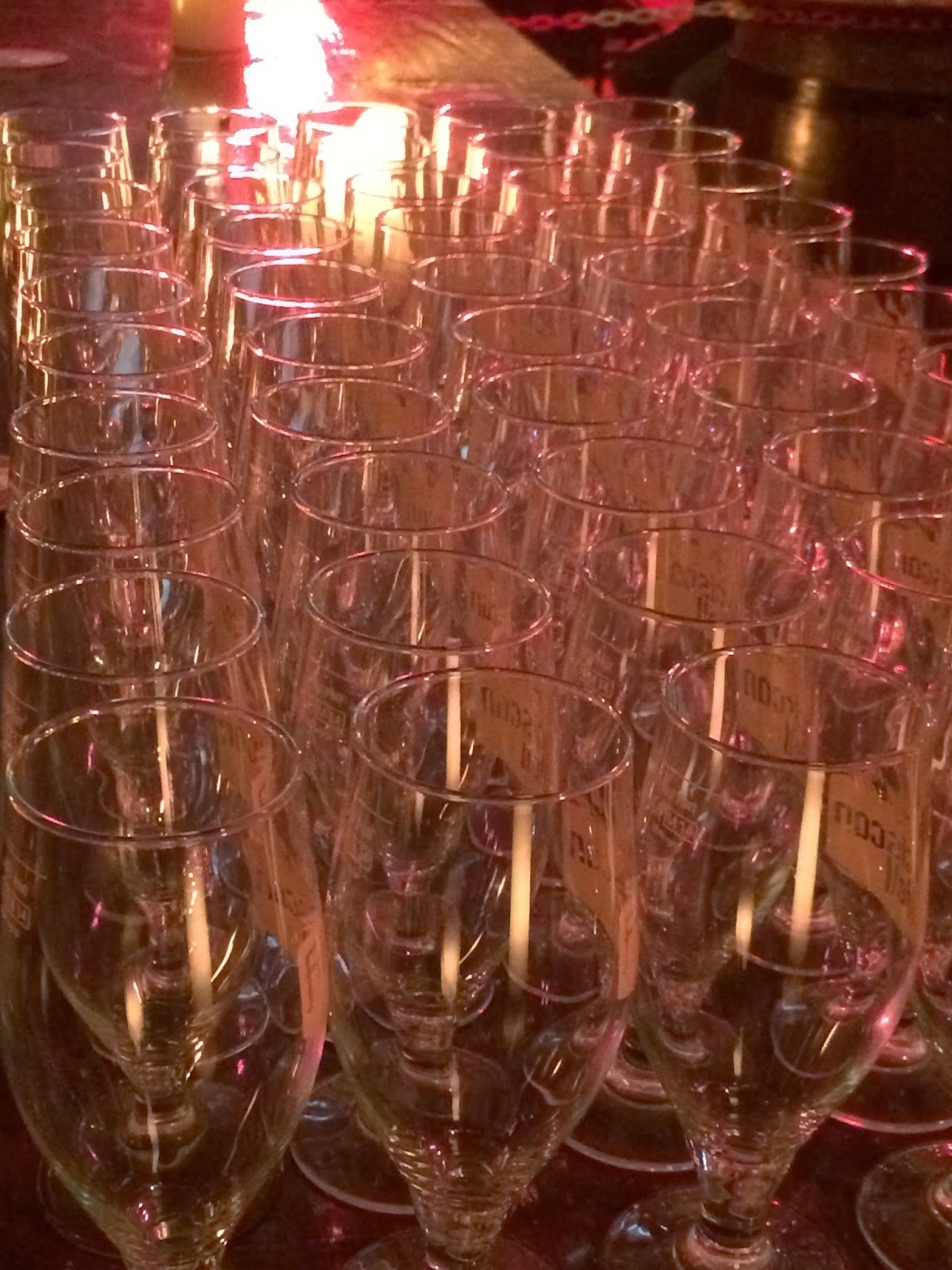 One of the perks in my job is that I am getting invites to a few launches and events. One of these events was the Brewery Tour & Beer Tasting at the Franciscan Well the other day. I am not really a beer lover but have to say the evening opened my eyes a lot. Shane Long and his team have taking beer tasting to a new level by installing a beer tasting room upstairs in the pub. The walls will lead you through the brewing process with a handpainted drawing. Colourful charts make it easy to recognise depth of flavours and you will find yourself tasting beer with a new eye/nose and give it the same respect that wine tastings normally have. Flavours went from spicy over sweet to sour – a palette just as interesting as any posh wine tasting I have been at.

We had a charming beer sommelier, Des, who was leading us through the tasting and he was entertaining while informative at the same time. Considering that his background is wine, he was extremely well educated in beer brewing methods and we were mesmerized for the entire tasting. The beers were matched with food – which was pizza with different toppings. Beer & Food matching isn’t new (I did a tasting a few years back in the Abbey Ales House) but having the same food, just with different toppings was very interesting and it was indeed very well matched. I learned more about beer that night I thought was even possible and we only scratched the surface. 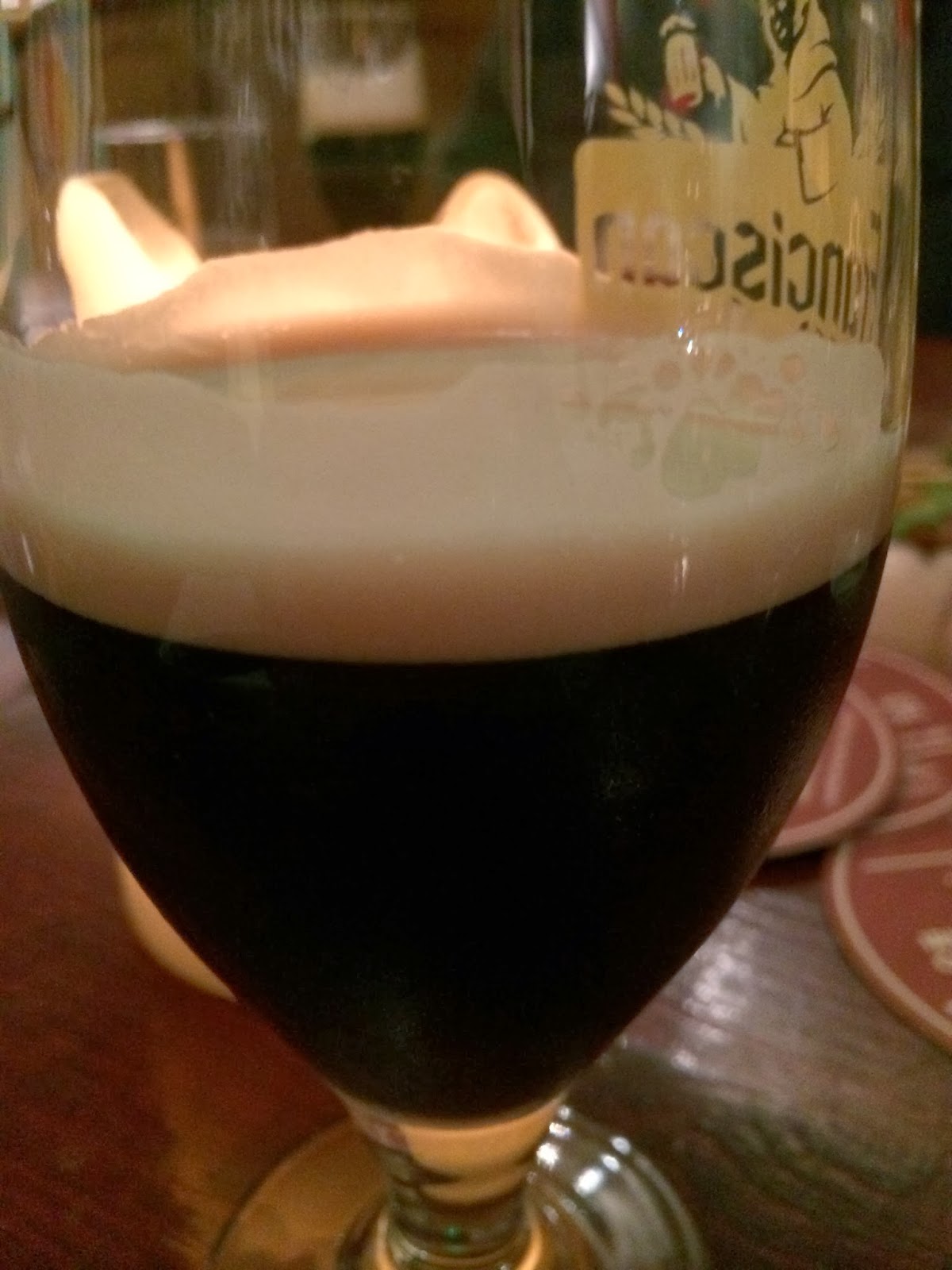 The history of the building that houses the brewery is as rich as the beer that is brewed here. The brewery is built on the site of a 13th century Franciscan Well and monastery (now you know where it got its name from). It was built in 1219 and has hosted King James II at one stage. The water of the well is not used for brewing but it is said to have healing powers if you have an eye problem. I haven’t tried it out (needing reading glasses soon tho, so might pop in again for a test) but I love the rich history of the place. It makes for interesting table talk.

The brewing process has been automated as much as possible without damaging the craft ethos of the beer. Bottling, labeling and capping the bottles is still a labour intensive part of the process. The bottling machine has been made by mounting draft taps onto a board and fitting it with little plastic pipes. The labeling machine has been handmade by an employee and the capping machine could be found in any decent museum – craft beer at its best.

One thing I have to say about Shane Long, head brewer, proprietor, all-rounder – he has an eye for talent. Many have come to clear glasses from tables for a few months to get some cash for trips etc and have stayed on to become brewers in their own right.  Padraigh Scully being the best example. He has developed a coffee flavoured beer that went down a treat last year when I hosted a beer & cider tasting at the River Lee Hotel. 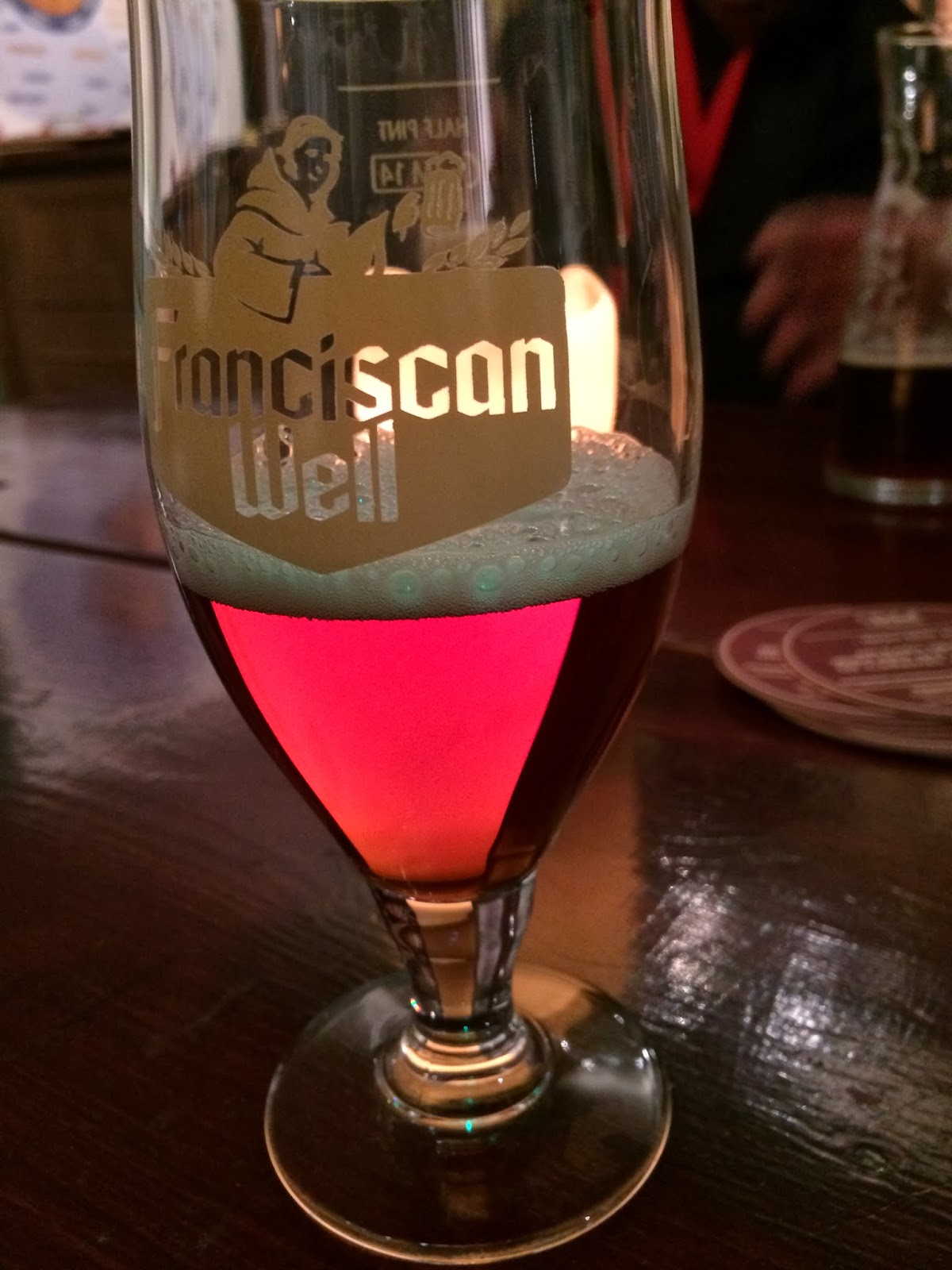 I am impressed by the entrepreneurship of Shane Long and can see the Franciscan Well becoming a centre of excellence in Ireland for beer and brewing. Wouldn’t it be simply fantastic if our future craft brewers can learn the trade right here in Cork??

The Brewery & Tasting Tours are open Monday – Friday from 6:30pm and include a tour around the brewery, introduction into the history of the site, tour of the tasting room and of course the tasting itself. Admission is €10 and I can only recommend the tour to anyone who would like to learn about beer.